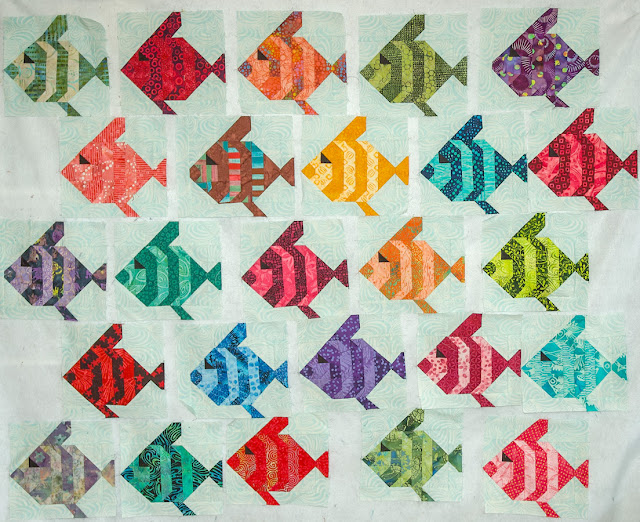 These bloated babies are called slow fish...not because they are slow to make...but to distinguish them from the darting fish. Of course, I named these darting fish before I sewed them into teams of fish that are forever locked in paralytic confusion.
Meanwhile, I am still fighting tree debris. Admittedly, most of it is gone except there are twigs everywhere and massive hunks of tree that the firewood people didn't take. And just yesterday I found a massive branch that had fallen and was hiding in hedges.
And now I think of everything in terms of debris. I now consider scraps to be fabric debris. Also, yesterday I had the joy of upgrading the operating system of my computer in the hopes that it would resolve my ongoing computer problems. Several programs leave computer debris that cause conflicts slowing the computer to a crawl...I'm looking at you Adobe. And yes, I will omit any accounting of the categories of feline debris.
Posted by Sally Trude at 12:46 PM